Say goodbye to 2019 and ring in a brand new year with fireworks, cocktails and an endless parade of rowdy celebrations. Some cities are partying harder than others. So make plans now to visit one of these hot U.S. destinations for welcoming 2020 in style.

As can be expected, the biggest city in the United States has one of the most elaborate New Year’s Eve celebrations in the world. Most of the attention is on Times Square for the annual Ball Drop at midnight. It’s a notoriously crowded and frigid experience that’s best left to those looking to cross the event off their bucket lists.

You’re better off joining a party at Mango, Copacabana, or another Midtown club. Otherwise, book a cruise on the Hudson River and enjoy the serenity of the water underneath the bombast of the fireworks overhead. Another fireworks display will be seen above the grass and trees of Central Park. Top restaurants will be busy, so make reservations early, especially among the new collection of trendy restaurants at Hudson Yards by the river.

The Big Apple is also known for entertainment, and that’s especially true on holidays. Hamilton and other Broadway shows will wrap up well before midnight, allowing plenty of time to celebrate before the countdown begins. Radio City Music Hall hosts a post-Christmas spectacular featuring the famous Rockettes early in the afternoon. Grateful Dead fans will be eager to check out Dark Star Orchestra’s “Cosmic New Year’s” at the Wellmont Theater across the river in New Jersey. Meanwhile, The Strokes are scheduled for the Barclays Center in Brooklyn.

Sin City always feels like a party, but things go up a notch on New Year’s Eve. The famous Strip closes down to traffic, with the four-mile stretch of Las Vegas Boulevard open to pedestrians only. The massive block party is perfect for watching fireworks erupt from the rooftops of seven casinos.

Las Vegas is a mecca for entertainment and always draws big-name stars to headline concerts and nightclub events for end-of-the-year festivities. Maroon 5 traditionally headlines a pair of shows at the Mandalay Bay Events Center. Meanwhile, popular resident artists, including Journey at the Colosseum at Caesars Palace and Paula Abdul at the Flamingo will close out 2019 with some of the most high-profile shows of the year. Perhaps the biggest star of all, Lady Gaga, will perform a stripped-down “Jazz + Piano” show at the Park Theater.

The December weather is relatively mild for New Orleans, making the city a welcome alternative to colder parts of the country for New Year’s Eve. But that’s not the only reason to visit the Big Easy. Bourbon Street will be packed with revelers, who can legally bring drinks outside while celebrating. Make a point to visit Jackson Square, where you can watch the Fleur-de-Lis Drop from the top of Jax Brewery or see national acts perform live during Dick Clark’s New Year’s Rockin’ Eve broadcast. No ticket necessary to watch.

If you prefer to stay indoors, there will be hundreds of parties all over town. One of the biggest is the Big Night New Orleans Gala at the Hyatt Regency. Otherwise, hop on board the Natchez for a steamboat cruise underneath the fireworks on the Mississippi River.

Even if you play it by ear and simply wander the streets of the French Quarter, you can’t go wrong with New Orleans for New Year’s Eve. The next day, football fans will be eager to check out the Allstate Sugar Bowl at the Mercedes-Benz Superdome.

Feel the heat on New Year’s Eve with the warm weather and global culture of Miami. Local favorite Pitbull will host a VIP Food & Wine Party at Bayfront Park with unlimited cuisine, an open bar and views of the Orange Drop at the InterContinental Hotel downtown. Crowds will pack Biscayne Boulevard below, almost like Times Square, but without the frigid temperatures.

Take one of the numerous cruises that will travel the bay and coastal waters, offering the perfect view of firework celebrations around the city. Miami’s notorious nightclub scene will be busy all night long, including E11even, LIV and Club Space. Looking to stay close to South Beach? The Fontainebleau hotel traditionally hosts one of the hottest parties of the year with big-name headliners.

Keep things cool with a New Year’s Eve celebration in San Diego. The Southern California city will host holiday parties at its busiest hotels and hotspots, including Big Night NYE at the Hilton Bayfront, a beach party at the Catamaran resort and the Black & Gold bash at the Maritime Museum.

Expect clubs in the vibrant Gaslamp district to be especially lively, including Omnia and Onyx. Meanwhile, rooftop bars like the Pool House and Altitude Sky Lounge will have incredible views of the city to check out the action. Just a few blocks away, Waterfront Park, Seaport Village, and other spots along the bay will have perfect sightlines for watching midnight fireworks. For a true luxury experience, book a yacht tour with champagne and hors d’oeuvres. Music fans can check out Los Lobos at the Canyon in Montclair.

San Francisco is home to one of the largest New Year’s Eve celebrations in the country as more than 200,000 spectators gather to watch fireworks from the waterfront. For a more comfortable environment, make a reservation at a rooftop bar with unobstructed views such as Dirty Habit or Charmaine’s. Hotels like the Palace and Westin St. Francis are known for hosting some of the biggest parties in the city.

For something completely different, celebrate on an aircraft carrier at the U.S.S. Hornet Sea, Air & Space Museum in Alameda. However, the historic multi-level Regency Ballroom takes pride in hosting MOANY or the “Mother of All New Year’s” parties. Detour to wine country where you can see Kenny G perform at the Blue Note in Napa. Seth McFarlane, meanwhile, will ring in the new year by performing with the San Francisco Symphony. EDM fans will want to arrive in town a day early to see deadmau5 at the Bill Graham Civic Auditorium.

Celebrate a Texas-sized New Year’s Eve in Dallas. Find the right spot in Ferris Plaza, Lubben Plaza Park or another part of downtown for watching the panoramic fireworks display at Reunion Tower. City Hall Plaza is one of the busiest spots with food trucks and live music.

Otherwise, stay indoors at one of the hottest parties around town. Champagne Life: Royalty at the Castle is a Roaring ’20s-inspired bash at the Old Red Museum (only fitting since we’ll be ringing in 2020). Dress your best for the Black and White Party inside the Statler Ballroom. If you want to celebrate early, Lights All Night is a rave-style party with Skrillex and other DJs, pumping electronic dance music at Dallas Market Hall Dec. 27-29.

Like New York, Chicago is freezing during New Year’s Eve, but the cold weather doesn’t stop the Windy City from celebrating in style. Predictably, most of the in-demand events are indoors. The Drake, JW Marriot and Congress Plaza are among the hotels hosting spectacular celebrations.The Chicago Resolution Gala at Navy Pier is one of the biggest parties of the evening with dozens of bars, unlimited food, and views of the fireworks lighting up the sky over Lake Michigan. The Bond Ball at Safehouse is a late-night secret agent-themed party with prizes for best-dressed outfits.

If you dare to brave the outdoors, the Lincoln Park Zoo closes the property to children and sets up cash bars to enjoy the exhibits with a drink in hand. Looking for entertainment? Blue Man Group hosts a special late-night performance at the Briar Street Theatre with a midnight countdown, party hats and a sing-along rendition of Auld Lang Syne.

Arizona’s largest metropolitan area doesn’t seem to take itself too seriously for New Year’s Eve. A great example is the Flannel Ball at the Roosevelt Growhouse in the Roosevelt Arts District. Expect plenty of beer and a midnight Pinata Drop. The Crescent Ballroom hosts a downtown block party with everything from drag queens to retro dance music. Even the Phoenix Symphony gets in on the act with a late-night performance and midnight toast.

Seeking something more formal? Try the Roaring ’20s party at the Royal Palm or the black-and-white Masquerade Ball at FOUND:RE:Phoenix. If you’re not the type to plan in advance, you can’t go wrong wandering in and out of bars in the downtown districts of Tempe or Gilbert.

If you’re down with driving outside city limits, Prescott has an illuminated cowboy Boot Drop at midnight on Whiskey Row while even farther north, Flagstaff has its famous Pinecone Drop. Numerous events also surround the annual Fiesta Bowl at State Farm Stadium on January 1. If sports aren’t your thing, wind down from the festivities with an all-day happy hour on New Year’s Day at the Sorso Wine Room in Scottsdale.

Austin has a thriving nightlife scene, but the city’s biggest New Year’s Eve bash (“Austin’s New Year”) is an all-day family-friendly celebration on Auditorium Shores. There’s plenty of food and entertainment, but no alcohol. And fair warning, the fireworks happen early at 10 p.m. Other vantage points include the overlook near Pennybacker Bridge, Zilker Metropolitan Park, and Pfluger Pedestrian Bridge.

Live music can be enjoyed throughout the city all night long, especially at Austin City Limits Live or the Paramount Theater. Austin’s famous bar and BBQ scene will host events throughout the evening but for something more refined, try the “Gatsby’s House” party at the Omni hotel downtown. It includes an open bar, DJs and dance areas over two levels.

Los Angeles has no shortage of New Year’s Eve parties throughout its sprawling metropolitan area. Check out the annual N.Y.E.L.A. celebration at downtown’s Grand Park where a fireworks show takes place over City Hall. If you prefer waterside scenery, there’s nothing better than Burton Chace Park at Marina del Rey, which actually holds two fireworks shows: one at midnight and another earlier at 9 p.m. for families who don’t want to stay out late.

Theme parks will also be welcoming 2020 in style. Disneyland in Anaheim throws a colorful NYE bash with a 16-minute fireworks spectacular and a World of Color holiday show on the water at California Adventure. The EVE event at Universal Studios is like three-parties-in-one, each with their own fireworks show.

For those in Long Beach, a fireworks display erupts over the Queen Mary, the historic sister ship to the Titanic, now permanently docked as a hotel. Indoor parties include a Russian-themed celebration at the Olympic Collection Banquet Hall with authentic food, Grey Goose vodka and a “frozen” carpet. Beer lovers will enjoy the “All That Glitters” NYE Countdown at the Mt. Lowe Brewing Co. in Arcadia.

Hot concert tickets include a two-night stand by Dead & Company at the L.A. Forum Dec. 27-28. Meanwhile, Insomniac, the team behind the Electric Daisy Carnival, is holding two rave-style events at the NOS Events Center in San Bernardino: Audiotistic SoCal on Dec. 28 and Countdown NYE 2019 on Dec. 31. Stick around for the Rose Bowl game and parade on January 1 in Pasadena. 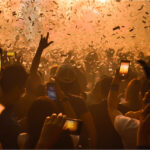 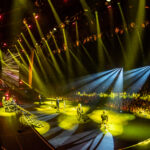 Beyond COVID-19: When Will Concerts Resume? 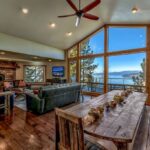 Booming in Popularity: The Best Nearby Cabins for a Summer Getaway 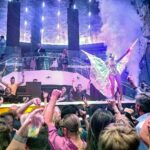