Labor Day Weekend traditionally marks the end of the summer season with backyard barbecues, parties, and other celebrations. Yet, it’s also one of the busiest travel periods of the year, especially now that we’re emerging from the depths of the pandemic. The following cities are excellent choices for a long holiday weekend vacation. If you need more suggestions, compare Labor Day Weekend events on Experism using our convenient search tool.

This Utah ski town is best known for winter sports and hosting the Sundance Film Festival every January. So take advantage of the “down” season and see what Park City is all about during the tail end of summer. With the snow melting, there are lots of hiking trails to explore without excessively hot weather. Main Street has an Old West charm that’s refreshingly free of chains and tourist gift shops, but with plenty of amazing restaurants and art galleries. The Miner’s Day Parade, held annually every Labor Day, honors the town’s history as a mining community and wraps up with a barbecue celebration in City Park.

Florida has some of the loosest social distancing guidelines in the country. Whether that’s good or bad depends on your perspective, but there’s still plenty of time to play it safe and get vaccinated ahead of Labor Day Weekend. Tampa isn’t quite as congested and crowded as Miami, but has boating, swimming, and exciting attractions like Busch Gardens, ZooTampa, and the Florida Aquarium. Historic Ybor City, founded by immigrant Spanish and Cuban cigar makers, is a hot destination for nightlife, bars, and restaurants. Get around on the TECO Streetcar, which travels between 11 different stops and doesn’t cost a penny.

The sweltering summer heat of New York City begins to die down a bit by Labor Day Weekend, making it an ideal time to explore Central Park and other Big Apple destinations. Enjoy the breeze on a Hudson River cruise or splurge on a meal at one of the city’s finest restaurants. Newcomers like Ernesto’s (Basque) on the Lower East Side, Casa Ora (Venzuelan) in Williamsburg, and Gage & Tollner (steaks) in Downtown Brooklyn already have tons of buzz. Sports fans can score tickets for the US Open, August 30 to September 12 at the USTA Billie Jean King National Tennis Center, or a baseball game at Yankee Stadium.

An annual tradition returns to the Mile High City for Labor Day weekend. After being canceled last year during the pandemic, A Taste of Colorado is back in a new format. The celebration of food, music, and art expands from Civic Center Park to venues throughout downtown Denver. Local restaurants are invited to serve bites from booths, food trucks, or even their own locations. Expect a beer garden and carnival rides as well. The event is free to the general public and a great way to get familiar with Colorado’s largest city.

Las Vegas is making up for lost time while emerging from the pandemic. New casino hotels like Resorts World, Virgin Hotels, and Circa opened right on schedule this past year, giving even regular Vegas visitors unknown reasons to return. Resorts World is fascinating, with hot restaurants like Brezza and Viva earning rave reviews. Meanwhile, Ayu Dayclub hosts pool parties with J Balvin and Karol G over the holiday weekend. Another new attraction, AREA15, is a mixed-use entertainment space with Omega Mart, a full-scale art installation by Meow Wolf that’s modeled after a grocery store.

Labor Day Weekend is promising to be a busy time for Northern California’s largest city. Enjoy the weather while strolling Fisherman’s Wharf and snapping selfies in front of the Golden Gate bridge. Take a cruise around the bay and tour Alcatraz, the most notorious prison in American history. If you want to see a show, Hamilton is running at the Orpheum Theater while Celine Dion plays the Chase Center (August 3). There’s also a battle of California baseball teams as the Giants host the Dodgers for three games at Oracle Park.

The southwest Ohio city is throwing one of the largest Labor Day parties in the country. Riverfest returns after being canceled last year with an explosive fireworks show above the Ohio River at 9 p.m on September 5. There will be even more fun throughout the day, including food, music, and a Rubber Duck Regatta, an annual tradition to benefit charity. Local radio station WEBN hosts two kickoff parties at the PromoWest Pavilion with Theory of a Deadman on September 3 and Atreyu on September 4.

Make the most of the summer heat with a vacation on the Gulf of Mexico. The Texas island known as Galveston is an attractive combination of historic homes, boardwalks and beaches. Wander among the old Victorian buildings of The Strand, a scenic district with shops and restaurants. Just make sure to snap a few pics in front of Bishop’s Place, a former residence that’s now a museum. Labor Day Weekend traditionally marks the end of the season for Pleasure Pier, a carnival-like theme park that stretches out over the water.

Head to Washington state’s largest city, where the holiday celebrations look a little different this year. Seattle’s annual Labor Day Weekend tradition, the Bumbershoot music festival, is canceled for the second year in a row due to COVID-19 precautions. However, the all-new Day In Day Out festival is stepping in to help fill the void September 4-5. Guests can enjoy a beer garden, food trucks, and music from the likes of Kaytranada and Chvrches at the Seattle Center’s Fisher Green Pavilion. But that’s not all. The Washington State Fair gets underway over Labor Day Weekend with performances by Carrie Underwood, the Beach Boys, and The Who’s Roger Daltrey.

Few cities mix history, art, and culture quite as effectively as Charleston, South Carolina — a destination with Southern charm, historic architecture, and cobblestone streets by the water. The Lowcountry Jazz Festival takes over downtown September 3-5, while Charleston Water Week is a series of activities, including boating, swimming, paddle-boarding, and kite-surfing throughout the city September 4-12. The Victory Cup Polo Match & Hot Air Festival is September 4 with live music, food, balloon rides, and more. 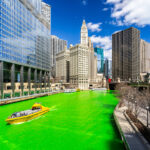 The Best Cities in the World to Celebrate St. Patrick’s Day 2022 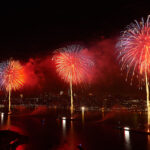 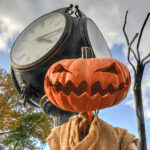 The Best Cities to Visit for a Halloween Vacation 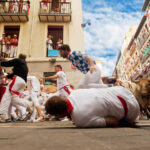