Since the days of Versace and cocaine, Miami has been home to the swankiest clubs in Florida. Though clubs change hands and names in rhythm with ever-evolving music and fashion trends, the beautiful people and booze-soaked beach parties stay constant. South Beach’s latest offerings cater to fans of hip hop and electronic dance music (EDM) with the occasional Latin twist. Notable artists perform almost every night of the week.

Miami’s laid back party atmosphere means revelers should take there time before heading out prematurely. Unless a major headliner is performing, people don’t normally head to the clubs until after midnight.

Best club to walk to from South Beach

Club Story is conveniently located on South Beach. Owned and operated by MMG Nightlife (the same group that owns LIV), this club is more accessible with a small club feel, even if it has a somewhat dated look. All the same, Story boasts over 50 VIP tables and five full-service bars and a larger dance floor than its big sister. MMG contracts the same big hip-hop and EDM names to perform at Story as they do at LIV: Afrojack, Snoop Dog, Kaskade, and more. See the same artists that perform at LIV without paying the much higher-priced covers or bottle service.

Whenever I visited, this simple, one-level club was packed with male patrons. Shortly after making this short video, I took a 15-minute Uber ride to E11even for a much better experience.

Best club to get a dance 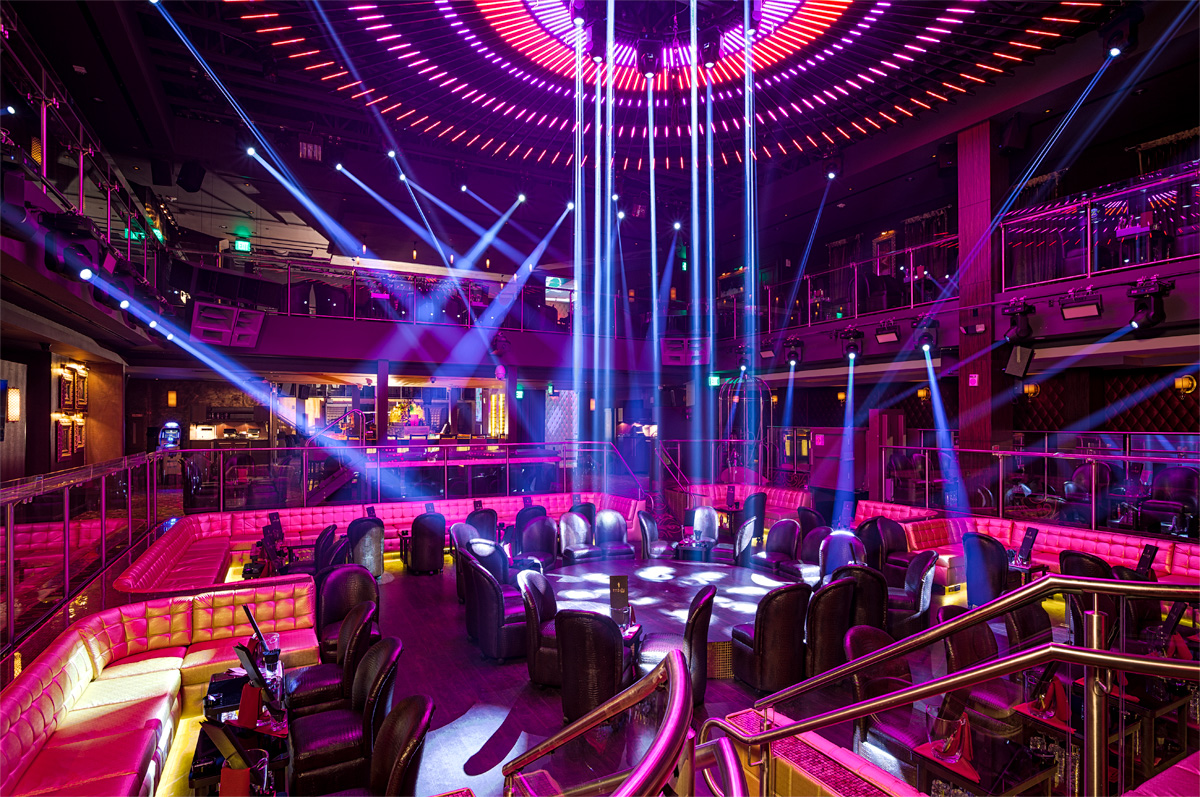 Located downtown, just 15 minutes from South Beach, E11EVEN is a 24-7 Miami megaclub many says is hard to define. Its rooftop has its own restaurant. And as a performance venue, it hosts world-class DJs such as Diplo, Steve Aoki, and Alesso. Get to this renowned hotspot just before the clock strikes midnight and you’ll find a two-tier dance floor that’s as lively as any in the world, complete with Cirque du Soleil-style acrobats (as seen in the video) and countless beautiful women. Male patrons be warned: there’s a catch.

As the night wears on, at most nightclubs, female clubbers trickle out. Men linger like wolves, circling the few ladies brave enough to stay until the last call. At E11EVEN, the ratio of women to men stays even, even growing. By 3:00 a.m., E11EVEN morphs from a nightclub to a strip club. Those impressed by South Florida’s Latinas by day won’t want to miss the opportunity for topless lap dances in a private, stylish cubical located in the back of the club.

E11EVEN is part performance venue, part restaurant, part nightclub—and perhaps to the surprise of many, part strip club. For research purposes only, I took a dance from one of the many Cuban girls. Unlike a typical strip club, E11EVEN has no $20 floor lap dances. But those interested can spring for three topless dances for $100 in a private, stylish cubical in the back of the club. My rating: fantástico. 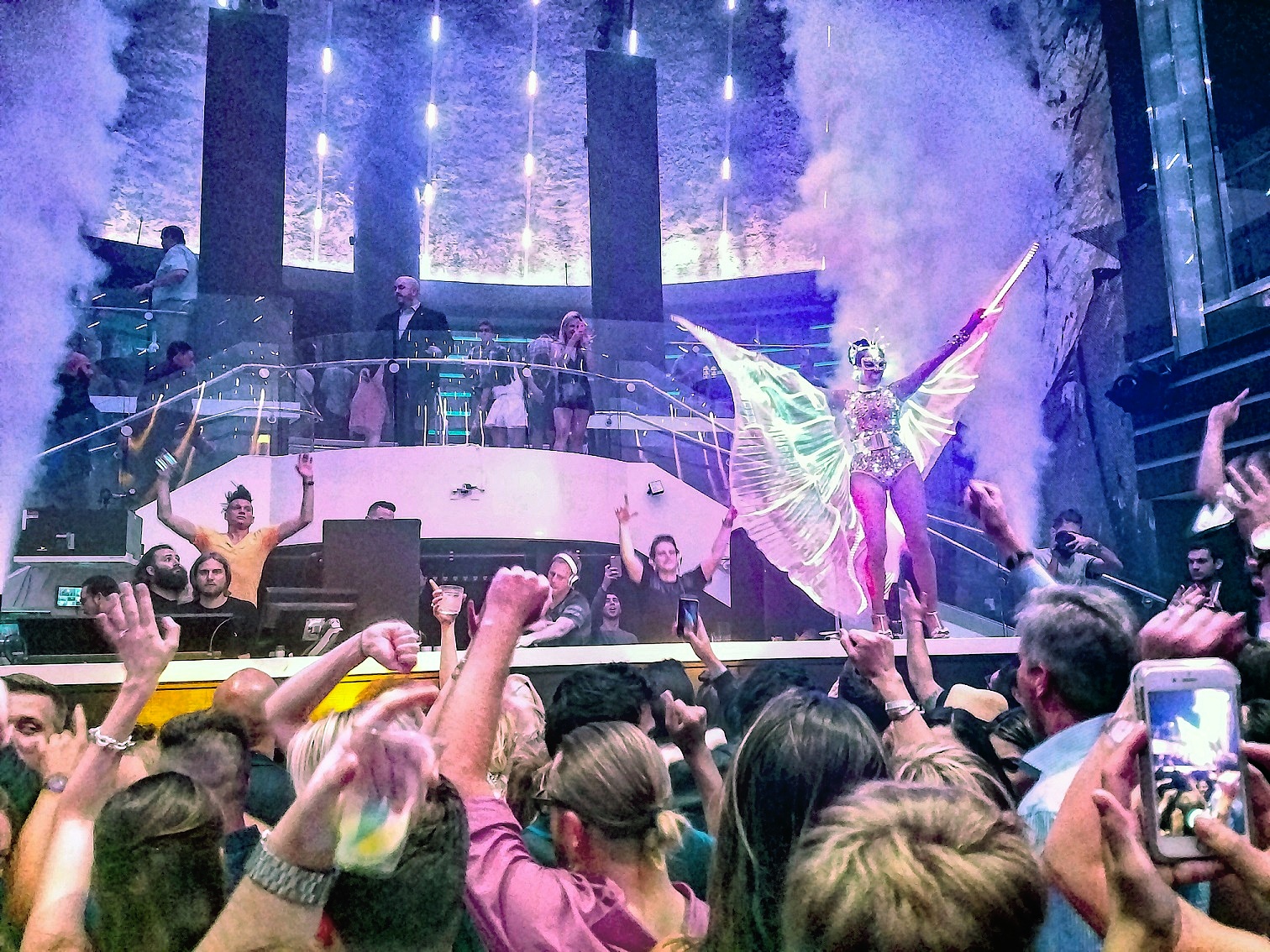 LIV sits on the site of a former 1950s and 1960s luxury lounge with a stage once graced by Frank Sinatra and Elvis Presley. Owners have since spent millions remodeling and upgrading everything, turning it into an immersive technological neon wonderland that puts nightclubs in London and New York to shame. The 18,000 square-foot, warehouse-sized venue’s centerpiece is a collection of 400 individual LED screens that merge like highway on-ramps to form “the Spider.” The periphery is as impressive as the core, with a state-of-the-art sound system and space to entertain a thousand guests and enough events to fill a thousand-and-one nights.

Search LIV for celebrities actors, athletes, and rockstars hanging out in the many lavish tables and private skyboxes. Look for five-star DJs like Travis Scott, DJ Khaled, Kaskade. Stick around to hang with the best-looking nightlife crowd Miami has to offer. Gents will appreciate that LIV’s guy-to-girl ratio is better than any other club in Miami.

Famous or not, the positive girl-to-guy ratio and stellar crowd is sure to hold your interest. If you can only visit one club in Miami, visit LIV at Fontainebleau. LIV is known for its frequent celebrity sightings and an events calendar filled with world-class DJs. This video was made on a Sunday (hip hop night.), Saturday is EDM night.

With Miami nightclubs, like most things in life, you get what you pay for. Despite its high drink prices (starting around $20 per cocktail) and high covers (typically $50 for ladies and $80 for guys; no guest list—not even for ladies), LIV is worth shelling out the extra cash.

Best club to get your rave on 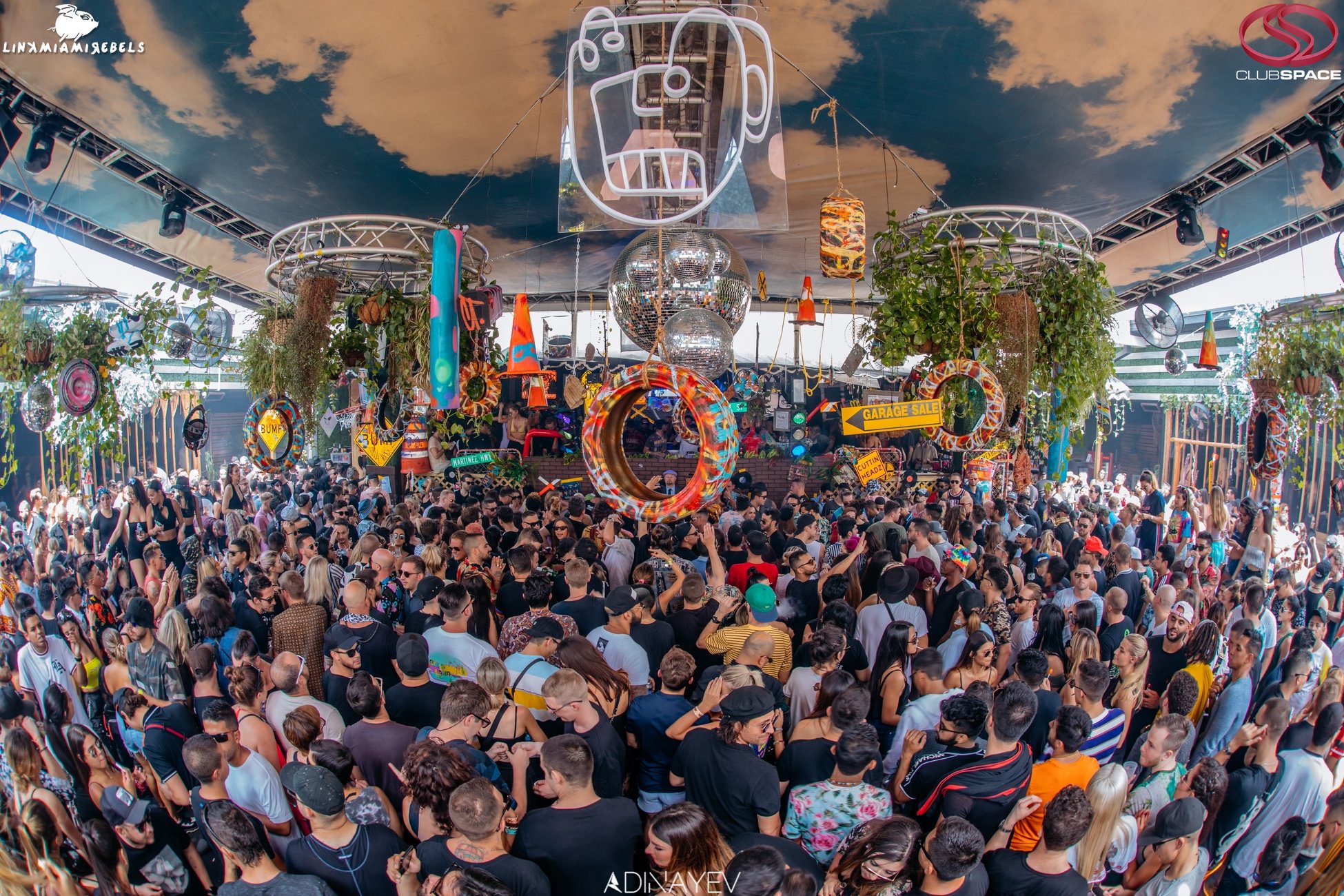 Located around the corner from E11EVEN, in downtown Miami, Club Space has been called the United States’ best dance club. DJ magazine for eight years has ranked it in its top ten clubs. That it exists after 10 years while other clubs come and go is a testament to its popularity and success. Space offers a spartan, no-frills experience that many reviewers say is “substance over style.” Here, more than any club in Miami, it really is about the music.

Three separate rooms feature seizure-inducing lighting and ear-drum-popping sound systems and colorful, costumed characters that recall the Electric Daisy Carnival. Their size leaves space for dancing, which attracts ladies. However, Space can get crowded, especially The Terrace–their primary room featuring their headliners. Being butt-to-butt with other clubbers may or may not be a positive experience. Secondary acts bring their skills to The Loft, others to The Ground.

Be sure to down an iced double-espresso before you go: Club Space is a high energy, borderline-insane experience. Some clubbers reported seeing patrons being carted out in ambulances.

During the week there is not normally a cover. Friday and Saturday is typically a $20 cover for gents and $10 for ladies. This is a super high-energy spot that plays salsa, meringue and entertains guests with beautiful Latinas shaking their booties and ripped hunks stripping down to the Y fronts.

Make reservations in advance and you can have the option to get a table in front of the main stage and dine from their competitively priced menu.

Salsa and merengue are the main sounds you will hear in this 2 story venue but venture upstairs and you will find several small rooms catering to different music tastes such as R&B and Hip Hop.

The large menu consists of burgers, pasta, and many seafood options all of which are very fresh. Cocktails…

To find out what events are going on at any time in Miami use our entertainment search.

Clubs to visit during the week

There are many little holes in the wall type lounge spots that you can find throughout Miami beach but none of them are that spectacular.

This little spot all decked out in white is popular on Sundays. It’s appeared to be especially popular with guys. Shortly after making the below video I went over to “Liv on Sunday” which turned out to be very popular with girls as well as guys.

Mokai is quite elaborate for such a small club. The video below is a good example of how many dancers and VIP waitresses put on a big show for such a small spot. One time they had their license revoked for having a woman dressed in black bra and panties ride into the club on a white horse. Shortly after making an entrance the horse slipped on the floor and flung the woman off.

Mokai claims to be the hottest spot on Monday. It holds around 200 people and the majority of the crowd are groups of locals that have tables.  As the club is densely packed with VIP tables it doesn’t really have a dance floor. The cover is normally around $40 for guys and $20 for ladies. Only come here if you’re with a group that wants to get a table and happy with only each others company.

These boutique cliquey clubs might not be the best atmosphere for tourists but the locals are obviously having a blast. One club you can bet on any night of the week is Mangos (featured above).