Quickly becoming one of the most popular cities in America, Seattle has tons to offer aside from their picturesque mountain views and good coffee. Seattle is a city packed with culture, and though it is known for its hipster-esque eclectic scene, it also offers plenty of pulse-thumping nightlife options that rival those of New York City and Miami. From EDM nightclubs to uproarious sports bars to cowboy-themed bars, don’t let the cold seasons deter you from checking out the diverse array of fun that’s waiting in the streets of Seattle.

The Monkey Loft boasts an impressive sound system that caters perfectly to its dancing, music-loving nightlife crowd. It’s got the modern sleek-yet-vibrant look of a typical nightclub, complete with a large lit-up bar, and an intimate feel. Their DJs are highly esteemed for being able to infect crowds with energy, and in the warmer months, the Monkey Loft’s rooftop deck opens to happy customers who get to enjoy a view of Seattle city lights. The Monkey Loft is where Seattle’s residents go to “monkey around,” it’s simply the place to be for a good time.

It’s pretty new, but Xtadium is the Seattle nightclub. As its name subtly implies, it’s a cavernous space like a stadium, complete with a 50-foot bar, an LED wall-sized screen, drool-worthy food, and sports fans. This is no regular sports bar, though. At Xtadium lounge, game days are like huge parties, with drink and food specials including VIP service from 6 pm to 2 am. They are big on hosting large events, and they even host an energetic, vibrant Latin night on Thursdays. For your Friday and Saturday night party itch, Xtadium is a safe bet for fun. After 10 pm, a strict dress code is enforced, so don’t show up in your hoodie, your gym clothes, or anything baggy.

Grab your rainbow attire and head to Neighbors for a truly unforgettable experience. As is appropriate for the ever-progressive and inclusive city of Seattle, this is one of many LGBTQ bars that people from all walks of life love. With two large dance floors, four bars, a mezzanine, and awesome DJs, they do it big at Neighbors. There is no dress code here, and there is an 18+ policy on weekends. Located on Broadway, there is plenty of parking at the nearby Seattle Community College. For an inclusive, joyous nightlife experience, this is where you’ll want to be.

Q is a massive, multi-level nightclub located conveniently on Broadway in bustling Capitol Hill. With a unique interior designed by a world-class architect, Q is home to a bourbon bar, a stage area, a main dance floor, and a mezzanine, all of which offer exclusive VIP bottle service. Regardless of whether you choose to sit at the rustic bourbon bar or directly next to the DJ booths, you’re in for a night of world-class music and incredible cocktails. Their sound system is one of the best anywhere, and they’ve pulled out all the stops with their lighting system that makes every night feel like an actual concert. The cocktail menu at Q bar is a beefed-up version of your typical bar menu, as the club’s owners even offer their own brand of high-end vodkas. For private events, this is the spot you want to book, and for music from A-list DJs, this is where you’ll want to spend your weekend.

Located in the ever-lively Pioneer Square in Seattle, you can grab dinner at one of many highly-rated restaurants before heading to Trinity – or you can hop around to several bars down the block before you inevitably end up here. Trinity is best known for its awesome live music concerts, as it’s usually the tour stop for artists arriving in Seattle. They’ve hosted A-listers including Diplo and the Black Eyed Peas. Trinity usually has a hip, trendy crowd, as it’s the only dance club in Washington that allows for a mix of 18+ and 21+ party goers. The crowds spill out happily across three rooms and two dance floors, with the option for a VIP bottle service table in the mezzanine or in the exclusive VIP lounge which sports a VIP bar and luxurious seating.

Trendiest nightclub
The tagline for Havana is “Where Leisure is Paramount,” and that about sums up what they’re all about: a mixture of vintage elegance and trendy nightlife energy. A hip crowd frequents this visually stunning space, flocking to their themed weekly parties, including a variety of music like reggae, old school jams, hip-hop, and more. With elegant cocktails like the Paper Tiger (Plymouth gin, lemon, blood orange bitters) and reputable DJs, Havana has been voted the Best Dance Club in Seattle numerous times.  On weekends, there is typically a cover charge of around $10-$15, but ladies often are allowed free entry.

Looking for things to do at night in Seattle while it’s cold and rainy? Duck into a warm, cozy speakeasy. In true eccentric-Seattle style, Bathtub Gin & Co. is an underground lounge that provides the sultry aurora of the prohibition era with youthful energy. Since this is a small, dimly-lit intimate space in an actual basement, there’s usually a long wait in the not-so-secret alleyway in which it’s situated, so prepare for that. To remain on-theme with the upper-class exclusivity vibe, this spot offers high-end liquor and innovative cocktails with quirky names like To the Moon and Bang Your Drum. As is hinted by the bar’s name, they specialize in gin, with an extensive gin menu.

You’ll probably never step inside a bar with cooler decorations than this one. As you step inside, it’ll be impossible not to crane your neck up at the elaborate, vibrantly-lit spiral of octopus legs that serve as a ceiling centerpiece. This sets the tone for the vibe of this bar, which is pristine tropical island meets grubby pirate. Seattle patrons love this bar for their creative tiki bar cocktails that are served in Instagram-worthy glassware– one drink is literally served in an Amazon delivery box. This bar is all you could want and expect from Seattle, with an eclectic crowd and a food menu that’s raved about. Inside Passage is located inside of the restaurant Rumba, and reservations are recommended but not necessary.

Giddy up, y’all. Linda’s Tavern is a rustic, down-to-earth bar with an Old Western pub vibe. The Linda’s Tavern website tagline is “A nice place for nice people,” which is really all you’d expect from a cozy Seattle bar. For over two decades, this has been the spot for locals and tourists to come for a casual night where good, no-frills drinks, good Southern comfort food, and reasonable prices are a guarantee. It’s a Seattle staple where people go to make memories with friends under campy twinkle lights.

With thousands of five-star reviews online, the Pine Box remains a Seattle classic for craft beer lovers. With cathedral ceilings and a massive wall of liquor bottles, the interior here feels more like a boisterous beer hall than a bar. The Pine Box is, of course, most known for its extensive beer selection, with over 30 beers on tap at all times from ciders to IPAs to stouts. Not a beer lover? You’re in good hands, as the mixologists at Pine Box are deft at creating cocktails that are the opposite of boring or regular. Have we mentioned the incredible food served here, including various gourmet mini-pizzas? All-in-all, there is a ton to love about this laid-back spot, and it’s a must for doing nightlife in Seattle. 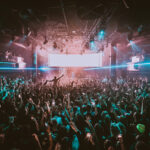 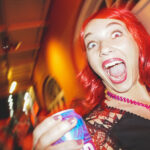 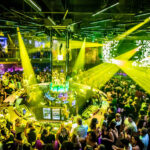